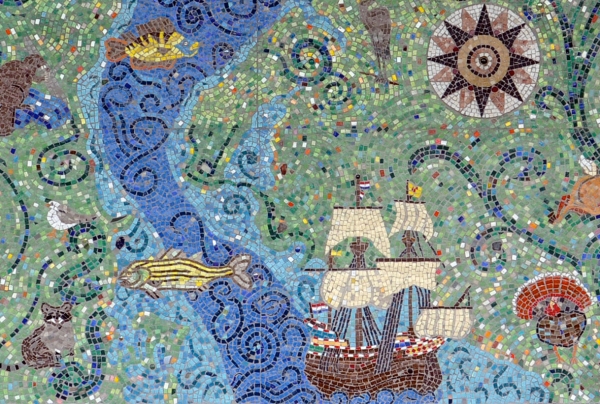 Shown here is a portion of a mosaic mural by the Peekskill train station in the public park, Riverfront Green.  Standing approximately 5ft high and 6ft wide , titled: An ancient mariner’s map of the Hudson River designed by Haifa  for the City of Peekskill.  It conveys the wealth of surrounding “wild life” at a time when  numerous species of fish also filled the River. 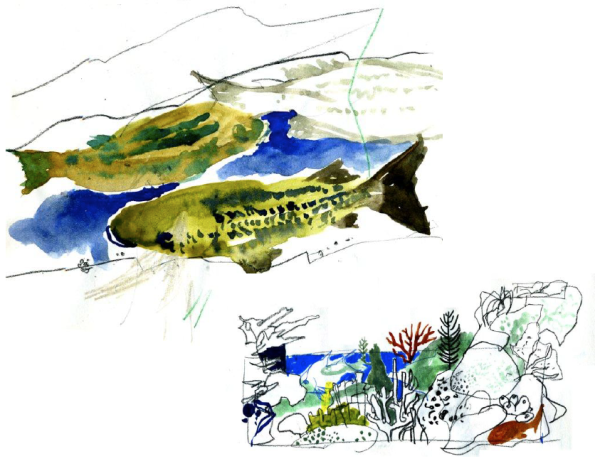 The Opening of FishTalesJune 7, 2012
The big day is here.